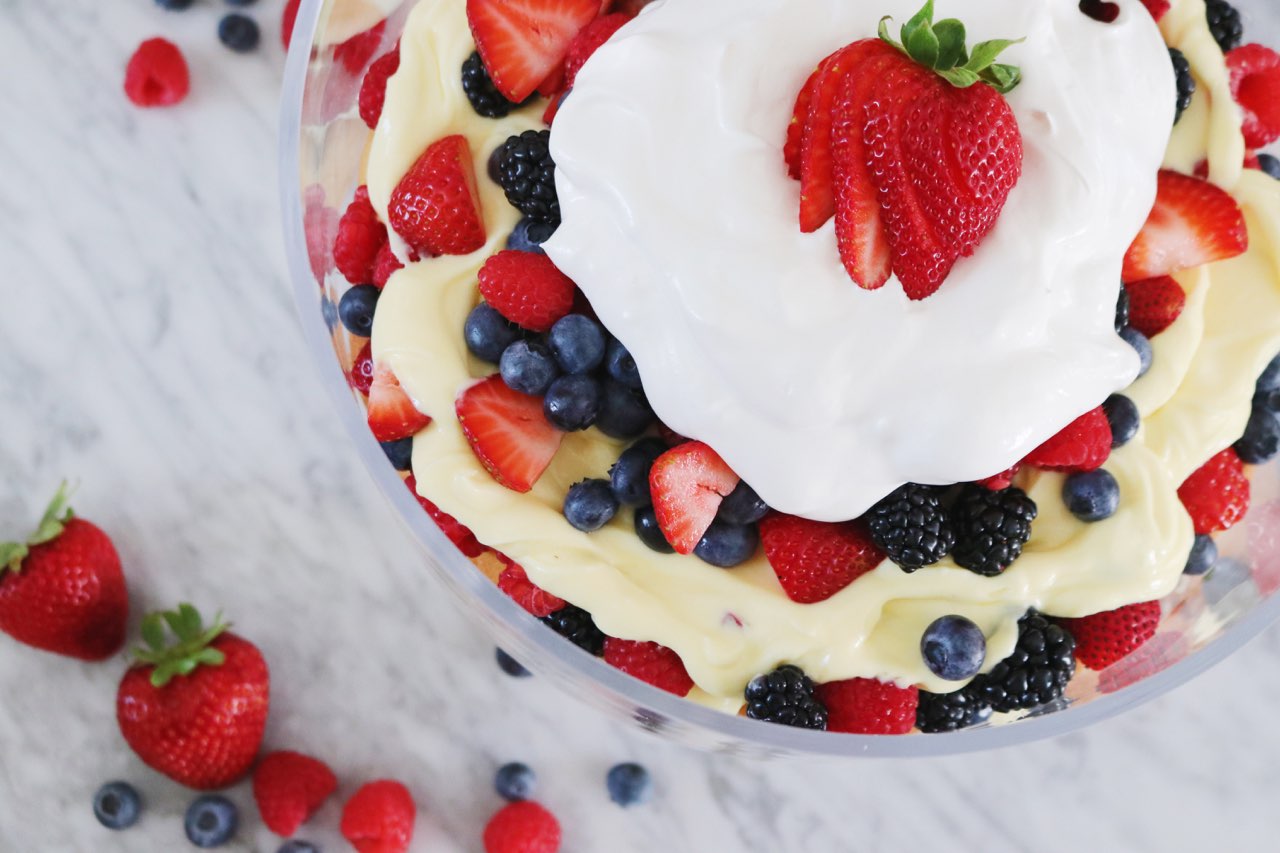 If you’re looking for a 4th of July dessert, look no further! This beautiful red, white and blue berry trifle is light, delicious and perfect for summer! It’s an easy, no-bake dessert that can be made ahead of time. I love making dishes using fruits and veggies that are in season. Berries are extra delicious during summer so I use them in as many desserts (and salads) as possible. If you don’t have a trifle bowl (I posted a link to one below), no problem! I made this recipe last summer in Hawaii and didn’t have one. So instead, I used a large glass baking dish, layering in the same order and it came out just as good! 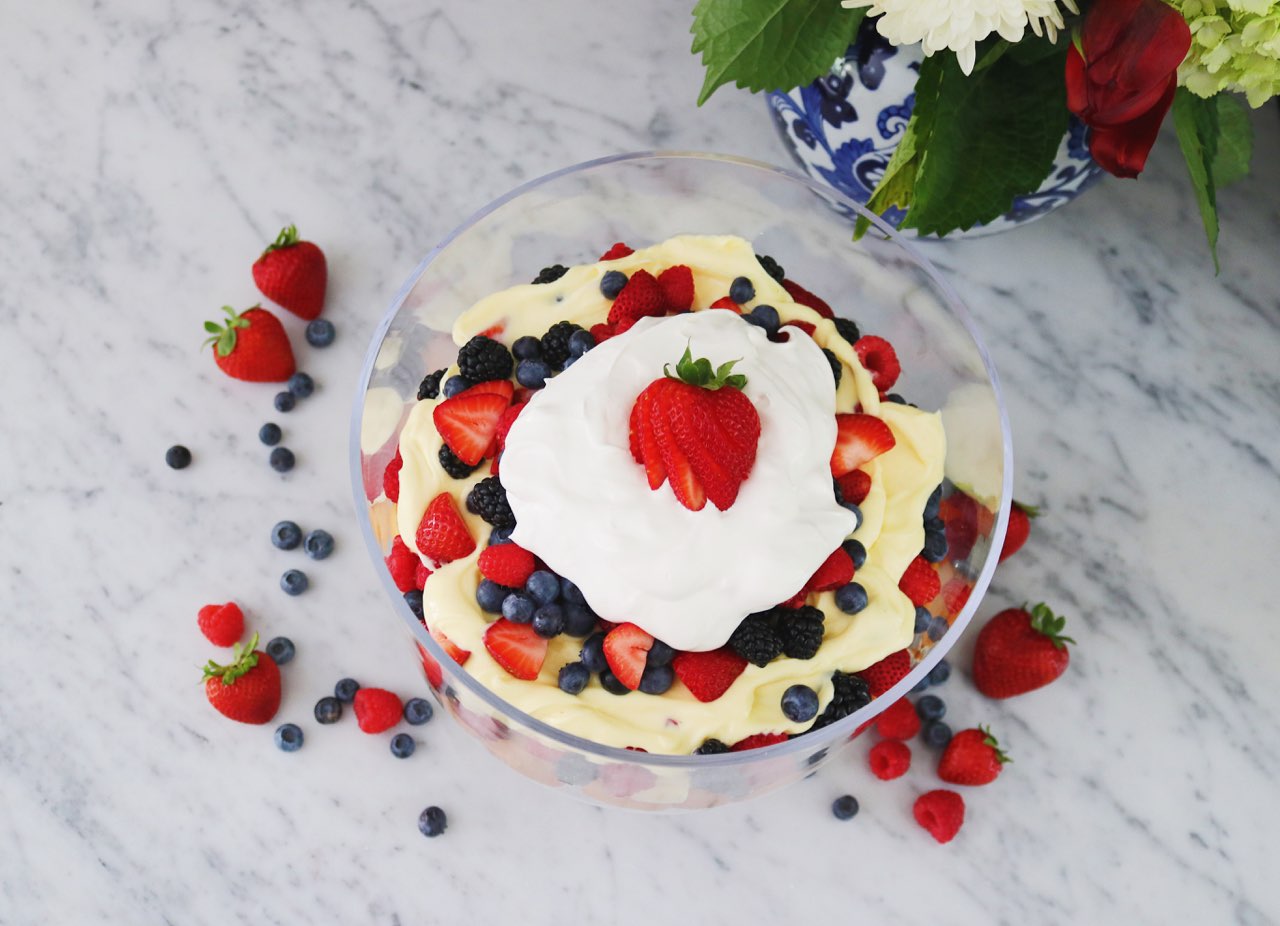 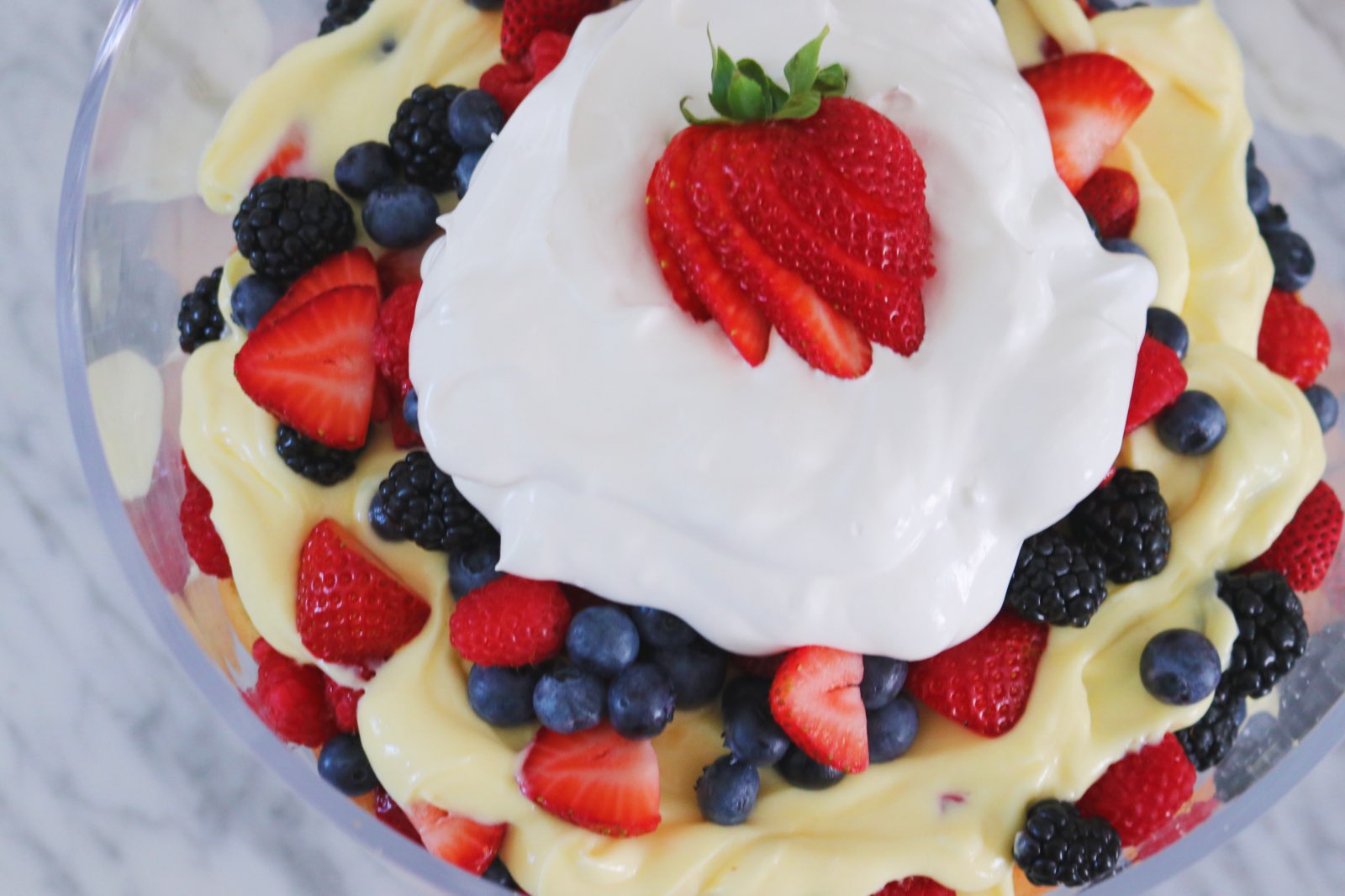 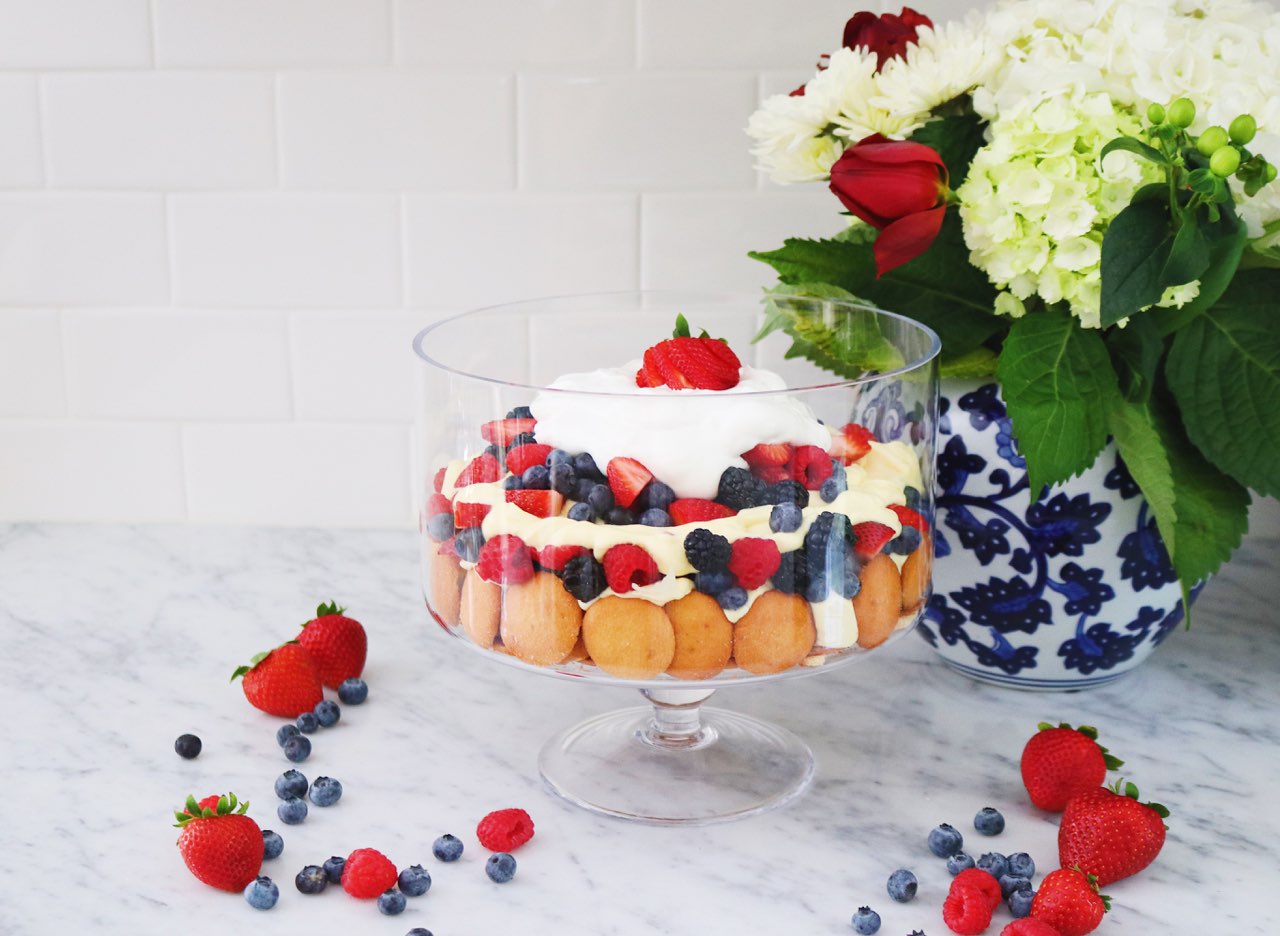 Melt one cup of white chocolate chips in a microwave safe bowl. Place in the microwave for 30 seconds, then stir. Continue warming at 15 second intervals, stirring in between each, until the chocolate is fully melted. Once melted, set aside and allow to cool slightly.

Meanwhile, in a large mixing bowl, whisk together two packages of pudding mix with cold milk. Mix for 2 to 3 minutes until thickened. Then add in melted chocolate and half of the cool whip and mix until smooth. 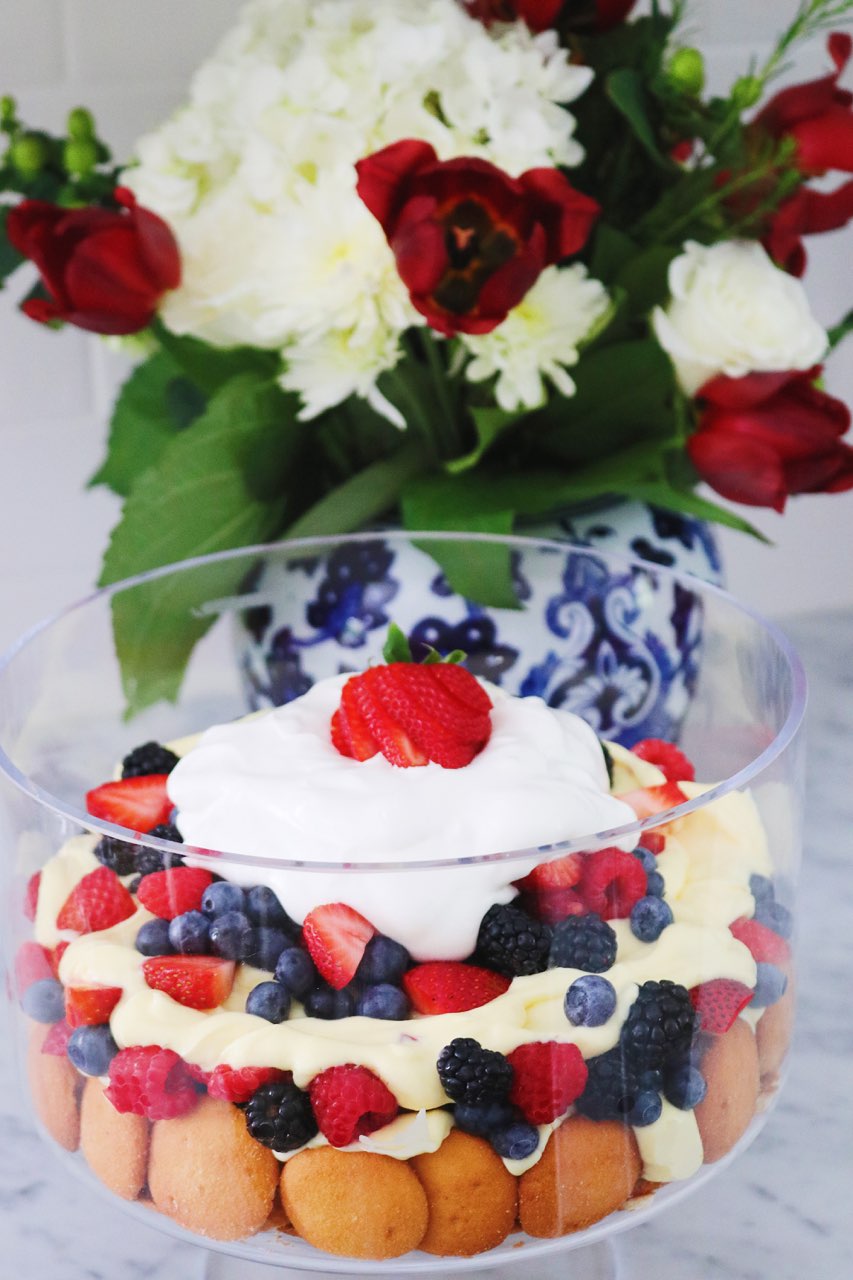 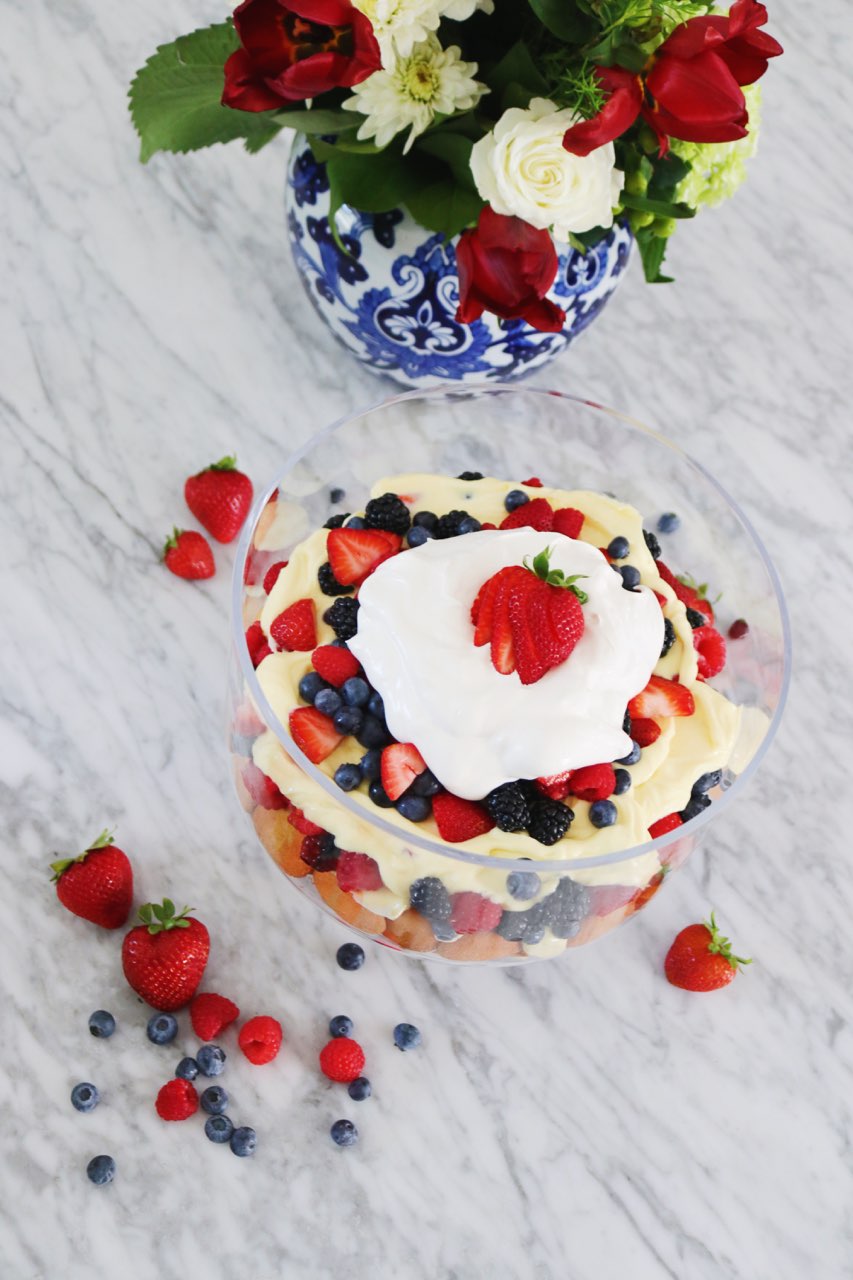 Cranberry Sauce is a MUST have items on our Thanks

Tomorrow is a big prep day! I try to do as much co

Love a stuffed Turkey 🦃 I switch up the stuffin

Friendsgiving 2019 was a good one 💙 Currently p

Fun and festive Fall Harvest Board for your Friend

T-minus 11 days until Thanksgiving! 🦃 Find all 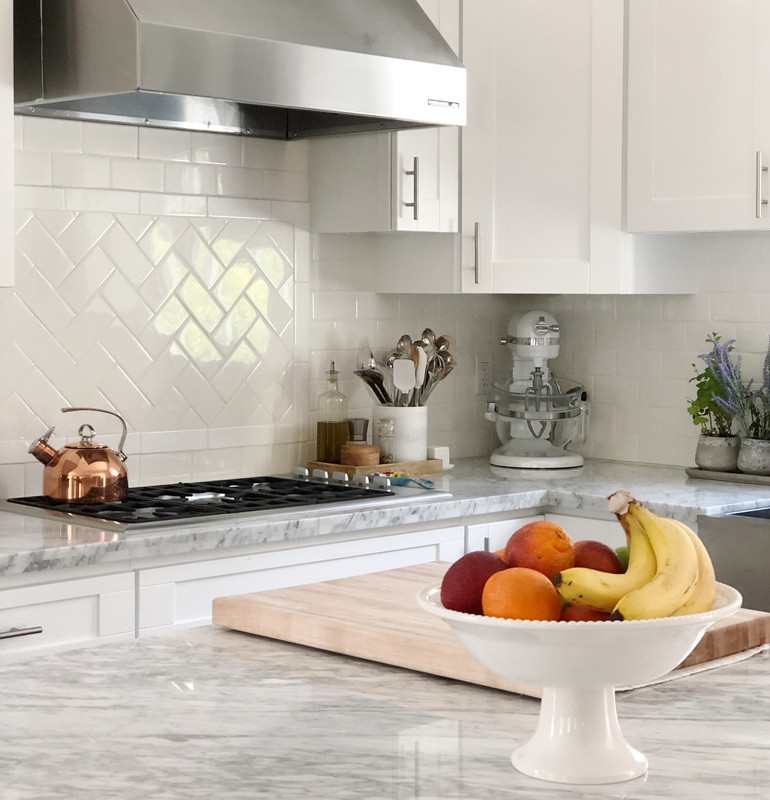